Poet Sona Van has published seven books of poetry,  translated in over 20 languages, and with her latest work, Libretto for the Desert, she has crafted a potent, prescient collection for our time.

The work is a powerful testament to survival and all that this entails – the legacy of grief, the passion for life, the desire to express herself – and to make others understand what intolerance and politics can shape.

A native of Yerevan, Armenia,  Van has lived in California since 1978. She’s been awarded gold medals from the Armenian Ministries of Culture and Diaspora and from the Golden Apricot Film Festival,  awarded a Woman in Literature prize from the California Chamber of Commerce; and in the same year, Van received the Armenian Presidential “Movses Khorenatsi” medal for her contributions in preserving the Armenian identity abroad. The poet also co-founded the literary journal Narcissus in 2006 with the late poet and playwright VahanVardanyan.

But Van is not writing for recognition, nor is she writing to, as she puts it so viscerally, “to still my ranting muse. But instead, it is written to speak for the silence of the skulls, jaws filled with sand for a hundred years, unheard save for the murmuring river of their blood.”  Van’s subject here is the Armenian genocide, also known as the Great Catastrophe, which sent her grandparents and parents into exile.

Her work tears through the horrors of this time and transcends them, translates them into a universal experience: the suffering of war, the pain of loss, the loss of children, the longing to literally eviscerate those who create war, persecution, intolerance, and pain.

Written in a highly contemporary and contemplative, style, Van’s collection of poetry here sears and soars, harsh and delicate at the same time. It is the episodic yet connected history of a woman opposed to war and violence, a witness to suffering, a descendant of holocaust. In fact, 1.5 million Armenians were systematically massacred; a death-march across the desert was but one part of the killings.

Van uses the desert itself as a character in her poetry as much as a place; a location of horror, a location of longing. As Van writes in her latest book’s introduction, “After their escape…it seemed the family would find security and the possibility for a dignified life on the other shore of the River Arax, but ‘the ghost of the barbarians,’ had authored many tangible and intangible wounds. These wounds had crossed the border with them, hidden in the folds of their memories. Each member of my family had to wrestle with this horrific ghost their entire lives.” She adds that “To this day, people continue to experience the Catastrophe.” Her grandfather, who was spared the worst due to the intervention of a close Muslim friend, may have summed up what Van herself seeks to exorcise in her poetry, “As my grandfather wrote ‘. . . I got my share of the catastrophe in the form of salvation.’”

In her poetry, Van writes:

We were facing each other again in a dream

me and the devil of war—

the city has pushed its nipple

latched onto the wet nurse’s breast

I am afraid of everything—

And yet, Van is a fearless writer. She is kind to dreams and memory, but she does not shy away from her own anger, the ugliness of people, of war, the loss of control, the falseness of modern life. She knows love, but loses it, she longs to control the outcome of the world, to trade swords for plough-shares, to resurrect and find redemption, but her mind is more cynical than her heart.

are the days of love on Earth—

do you remember darling

how you used to throw

carelessly by the bed

in the room full of pheromones

and our synchronous movements

that can’t be found on a map

I recall your footsteps

the moon and everything else

up there in the sky

you know I resurrected you

from the snowy pattern of your footstep

branches on your head

then you died again

on my knees this time”

Van is a voice howling in the wilderness, a distinct, passionate, profound voice; a teller of tales too terrible to be forgotten, a weaver of images both inchoate with longing and ripe and fecund with imagery. She takes us to the desert of our desire, of our lusts for power, sex, conquest, and sings of a mother’s love, a mother’s wailing loss, a lover’s lament, a woman’s strength.

Van has said of her work “…Literature is not an abstract value in our days of chaos, but a reality…through which people’s souls may link.”

This is music to be felt like the dry wind of the desert, felt on the skin as if a bullet had just skimmed by, barely missing the beating heart. 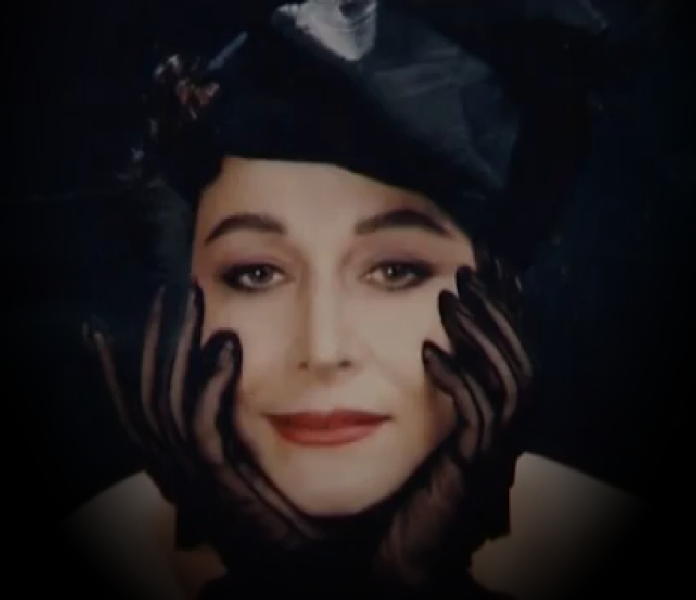