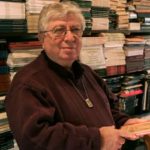 The self-proclaimed Armenian Republic of Artsakh, with its population of 150,000 ethnic Armenians, exercised its internationally protected legal right to self-determination by withdrawing from Azerbaijan and winning its independence after a brutal war near thirty years ago.  Today, that small Republic, is facing a relentless onslaught of force by the Azerbaijani military, fortified by ISIS fighters trafficked to the region by Azerbaijan’s Turkic brother, and Armenian’s biblical foe, Turkey, in an attempt to realize both their bloodlust for the ethnic Armenian people of the region, and their Pan-Turkic aspirations… Read more 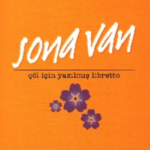 During an October 27 (2017) press conference in Yerevan, U.S.-based Armenian poet Sona Van told journalists how Turkey seized her book dedicated to Armenian Genocide victims, reported Sputnik Armenia. According to the poet, the Turkish government seized her books published by Ragip Zarakoglu last year, and now he is under persecution in Turkey. “Talented translator, Turkologist Hagop Chakrian liked my poems and decided to translate them into Turkish… Read more 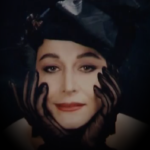 Poet Sona Van has published sever books translated in over 20 languages, and with her latest work, Libretto for the Desert, she has crafted a potent, prescient collection for our time. The work is a powerful testament to survival and all that this entails – the legacy of grief, the passion for life, the desire to express herself – and to make others understand what intolerance and politics can shape. A native of Yerevan, Armenia,  Van has lived in California since 1978… Read more 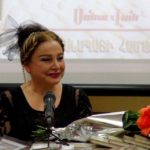 On December 2, 2015, the collection of poems “Libretto for the Desert” by Sona Van, exclusively dedicated to the 100th anniversary of the Armenian Genocide, was presented at the Hayartun Center of the Armenian Diocese in Georgia. The author of many collections of poems, Armenian American poet, whose works are translated into dozens of languages, attended the event. Sona Van is already prominent in the Georgian public, her poetry collections in professional translation of poetess and translator Anahit Bostanjyan, poetess Makvala Gonashvili… Read more 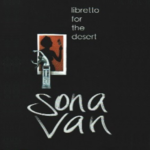 On November 26 (2015), Armenian American poet Sona Van presented her book “Libretto for the Desert” with the support of the RA Ministry of Diaspora. The author has dedicated the book to the 100th anniversary of the Armenian Genocide. RA Minister of Diaspora Hranush Hakobyan gave a welcome speech at the event. “Many literary critics and translators, both Armenian and non-Armenian, consider Sona Van one of the greatest phenomena in the literature of our times, and I believe this is not an exaggeration… Read more 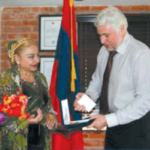 Armenian poet Sona Van has been awarded a «Movses Khorenatsi» medal by the President of the Republic of Armenia Serzh Sargsyan for her contributions to preserving the Armenian identity. On December 6, 2013 the poet was invited to the Consulate General of Armenia in Los Angeles, where Consul General Sergey Sarkisov handed her the award. He greeted Sona Van’s initiative to publish the collection of poems dedicated to the centennial commemoration of the Armenian Genocide in seven different languages… Read more 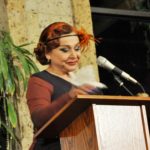 About the “Spider”-Woven Vision (And Much More)

Inspired by the visual imagery of Sona Van’s poem “I Am the Eight-Legged Eternal Spider” (which appears in this issue of Noyan Tapan) from her latest volume of poetry A Bird Called Chara (2010), as well as influenced by the poet’s free, allegorical thinking, I wrote this “book-length” essay from a film director’s perspective using the poem and its brilliantly montaged “shots” as my focal point. In taking this episode, I have tried to highlight the impact of the material unity of pathos and enchanting power in the artistic word (I have only tried)… Read more 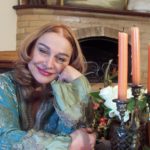 About the “Spider”-Woven Vision (Continued)

Continuing this piece from last week and underscoring the organic connection between the two parts by repeating Silva Kaputikyan’s words here, as an opening, I hope that the readers will absorb the lessons from the classic in relation to the necessity for “the collision of tradition and innovation,” as cited in the epigraph by Herbert Read. Here is the brilliant classicist Kaputikyan’s assessment of the equally brilliant and innovative poet, prominent representative of vers libre, Sona Van, pronounced in 2003… Read more