ABOUT THE “SPIDER”-WOVEN VISION (CONTINUED)

ABOUT THE “SPIDER”-WOVEN VISION (CONTINUED)

“Life is doomed without the collision of tradition and innovation.”—Herbert Read

Continuing this piece from last week and underscoring the organic connection between the two parts by repeating Silva Kaputikyan’s words here, as an opening, I hope that the readers will absorb the lessons from the classic in relation to the necessity for “the collision of tradition and innovation,” as cited in the epigraph by Herbert Read. Here is the brilliant classicist Kaputikyan’s assessment of the equally brilliant and innovative poet, prominent representative of verslibre, Sona Van, pronounced in 2003:

Our poetic handwriting, our poetics, the approaches to art and literature are different, but that doesn’t deter me from appreciating your poetry, the freshness of your style, uniqueness, your distinctive perceptions of the divine. Your “God / is my upstairs / neighbor / I / often knock on His door / and ask . . . for an onion / sometimes He helps me / sometimes He doesn’t.”* Your charming feminine “audacity” helps me to deeply think and appreciate your meditative state and your undeniable writing ability. I congratulate you on the publication of the volume I Don’t Have a Name and its success and I wish that you find a nourishing literary atmosphere in the Diaspora, which will allow you to fully realize your divine gifts.

The Furrows Left By the Poet’s Pen

If we are talking about “divine gifts,” then it is true that Sona Van’s path is among the paths that lead to the “archive” of compositions that bear the seal of talent; they lead to that felicitous eternal refuge, the UNIVERSAL GOLDEN ALMANAC.

Thus, art, including the firstborn-twins of that large family, literature and poetry, being a powerful mode of influence on man, develops his dedication to national, which also means universal values, and nurtures his loyalty to the highest of the mankind. The great Russian philosopher Nikolai Berdyaev (1874-1948) said once: “All great national cultures are universal . . . There is but only one historical road, which takes to the highest point of universality, to the unity of humanity—that is the road toward national development, the path to national art. The universal reveals itself only through the national . . . Every cultural artifact carries the seal of the national genius.”

In the meantime, Sona Van is preparing her select works for publication, which also includes the poem “I Am the Eight-Legged Eternal Spider” that turned into a leitmotif in my writing. The forthcoming collection of best works is yet another literary gift to the lovers of poetry, which she will present to the Armenian as well as non-Armenian public when she visits her homeland in 2013.

Residing across the Atlantic, married to the well-known doctor and talented prose writer NubarJanoyan, mother of two, Sona Van received her education in psychology in her second homeland, the United States. Famous for her free verse, freedom of “suppressed-imprisoned” thoughts, and symbolic etymology, Van offers the reader to re-experience some of her best works in a new volume.

The poet’s spirit hovers, wanders between her two homelands, or better yet, between the difference of those two places, as the “bird called Chara” of her poem that brings poetic optimism on her wings and lifts us out of our despondency. She returns as Noah’s dove with a freshly plucked olive leaf in her beak, heralding that man is worthy of a new awakening.

I read the yearning for her first homeland in the poem “A Hot American Winter” (from I Hear a Voice, 2006), in which she writes about her memory of snow falling in Yerevan (just as it is falling today, the first snow in 2012, and nothing happens by chance), ending it with the poignant line “Will there ever be . . . a Yerevan winter again?” It is pure poetic snow, covering the dark, gloomy world; the playful flakes fall just as “beads falling from the pearl rosary.” They fall under the auspices of Erato, the Muse of love and erotic poetry, and transform into poetic lines:

with which we pushed

Will there ever be . . . a Yerevan winter again?

It is December, the month before the holidays. We, the fans of poetry, too have a present for our beloved poet. But before that, using this occasion we would like to wish Sona Van, as a famous critic put it, “the queen of Armenian poetry,” the best for the upcoming holiday season, a peaceful Western Christmas (“the rose’s” short-lived victory over “the war”), a happy new year, and a merry Armenian Christmas, which the Armenian Apostolic Church celebrates on January 6. We wish the poet, who always keeps the memory of her birthplace alive in her spirit, mind, and heart, new creative fulfillments and success, and, of course, good health along with her family. May “the last war’s dream” come true (read this poem full of optimism in the November issue of Noyan Tapan, 12).

And now about the present—this “prose” ode inspired by Sona Van’s poetic style, that is being published thanks to the editorial team of Noyan Tapan and as a result of editor-in-chief Marina Harutyunyan’s and director Tigran Harutyunyan’s dedicated work. The poems that have regularly appeared in the newspaper were translated by Shushan Avagyan. Sona Van who, during the past thirty-five years, has been active in the literary world and knows the “capricious” specificities and nuances of the English language considers Avagyan to be one of the best translators who preserves and transfers the essence of her poems.

P.S. The year is ending; it is becoming old. But we still have time to devote this piece to two very important events in Armenia, the 500th Anniversary of Armenian book printing and UNESCO’s selection of Yerevan as 2012 World Book Capital City.

* This poem was published in Noyan Tapan, Issue 38. 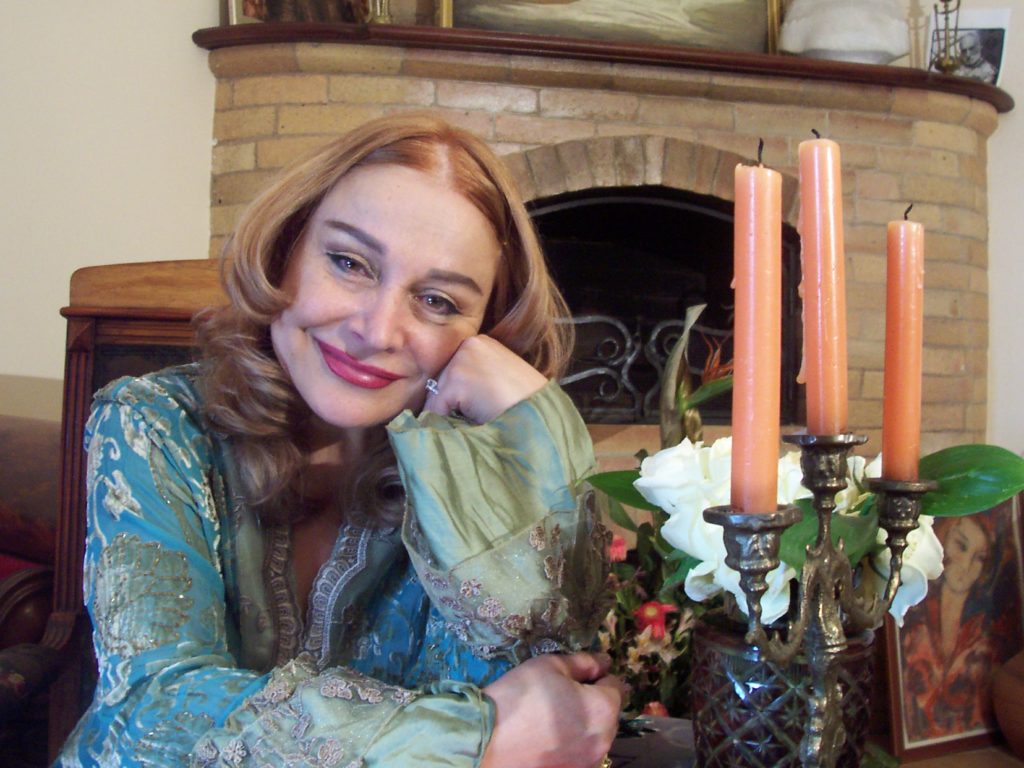