On November 26 (2015), Armenian American poet Sona Van presented her book “Libretto for the Desert” with the support of the RA Ministry of Diaspora. The author has dedicated the book to the 100thanniversary of the Armenian Genocide.

RA Minister of Diaspora Hranush Hakobyan gave a welcome speech at the event. “Many literary critics and translators, both Armenian and non-Armenian, consider Sona Van one of the greatest phenomena in the literature of our times, and I believe this is not an exaggeration. God truly gave more to Sona. He not only endowed her with not only the talent of a poet, a doctor and psychologist, but also the best human traits, that is, beauty, kindness and the charm of a woman,” the minister mentioned in her speech.

The minister emphasized that Sona Van, who is the granddaughter of an Armenian from Van, always keeps the memories of her ancestors alive and masterfully turns them into a phenomenon in her poems. “Generally speaking, what is the most appreciable in Sona Van’s poetry is that she is able to convey in-depth lyricism and tenderness of a poet to daily situations and situations that are the most non-poetic, with the perfect harmony of word, rhythm, intellect and feelings, without making any particular effort and without phony piety. With her poetry, she tries to save mankind from falsehood, mental abuse and collapse and take it towards the light and all that is beautiful,” she added.

Minister Hranush Hakobyan mentioned that Sona Van is author of five collections of poems. “Her last collection of poems entitled “Libretto for the Desert” so far has been translated into nine languages, including English, French, Russian, Ukrainian, German, Georgian, Persian, Turkish and Hebrew. On this occasion, I would like to cite the words of renowned Russian poet and translator Inna Lisnyanskaya: “Sona Van’s poems devoted to the Armenian Genocide should be unquestionably considered one of the most powerful poems written to this day,” the minister added.

Minister Hranush Hakobyan awarded Sona Van with the “Ambassador of the Mother Language” Medal for her notable contributions to preservation of the purity of the Armenian language in the Diaspora and for providing remarkable services to the development of the Armenia-Diaspora partnership.

“Sona Van’s “Libretto for the Desert” crosses all borders of the conventional perceptions of words and conveys new content and perceptions. In Sona Van’s poems, the word “Deir Zor”, as a concept, is being turned into a flow of thought that is hard to understand, symbolizing the crater of life and death.”

The literary critic emphasized that Sona Van is a powerful poet who has no formalities in her poems.

Norayr Ghazaryan mentioned that the poet gives the reader the key to understanding her poems correctly with the phrase “Instead of an Autobiography” in the beginning of the book.

Armenian American poet Sona Van expressed her congratulatory remarks and mentioned the following: “I honestly wasn’t expecting such a meeting, and this was a gift for me from the RA Ministry of Diaspora and Minister Hranush Hakobyan.”

The author stressed the fact that the book was dedicated to her paternal aunt and all Armenian virgins who were subject to genocide and weren’t able to approach the altar of a church. Sona Van said that for her, the Genocide continued even after the family was saved in the form of the notes in her grandfather’s diary.

The participants of the ceremony also had a chance to enjoy Sona Van’s poems read by Merited Artist of the Republic of Armenia Silva Yuzbashyan and watch a film devoted to Sona Van.

The event ended with performances by Tsaghkazard Ensemble. 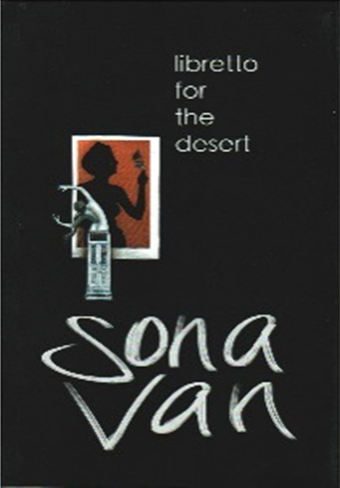